The LAMV Bronco-11 team started off the NorCal Super Regional with a tough loss, but battled its way back out of the losers bracket, winning six straight elimination games and the Championship.  After falling 14-9 to Roseville in their first game, LAMV beat Vacaville 12-2, defending champion Rocklin 2-0, Brentwood 25-2, and Ceres 13-3 to get a chance to play Roseville for the title. LAMV won the first game of the finals 7-6 in extra innings to force the final, deciding game which LAMV won 12-2.

The NorCal champs advanced to compete in the West Zone tournament where they placed in the top 4 — beating Walnut, CA and Scottsdale, AZ while falling twice to the eventual West Zone Champions Redondo, CA. We are very proud of this group of young men! 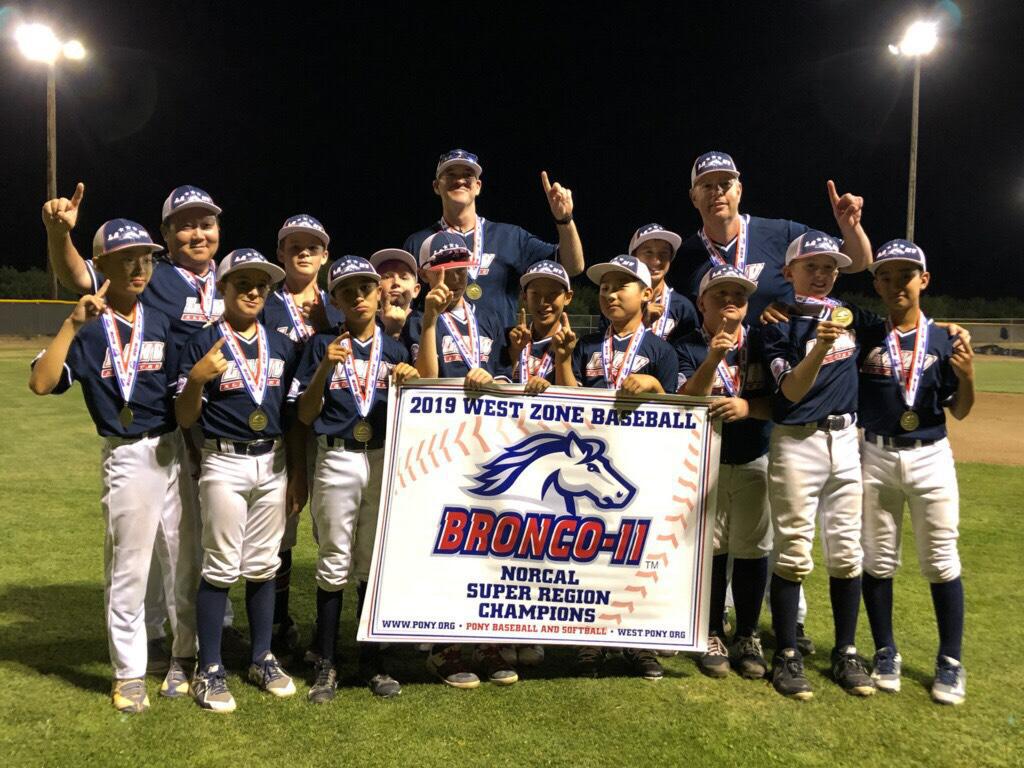